admin Posted on July 19, 2013 Posted in Advanced No Comments 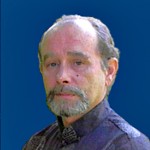 In this follow up to his “Inside Zhan Zhuang Questions And Answers”, Mark Cohen shares his insights, based on years of experience, on the role that Zhan Zhuang plays in the martial development of the internal arts practitioner.

Mark Cohen, the author of Inside Zhan Zhuang, has an extensive background in both external and internal martial arts as well as Chinese Medicine. He has trained Zhan Zhuang since 1967 and has direct lineage in Shotokan Karate, Hwa Rang Do, the Yang and Wu styles of Tai Chi and Yiquan. He also has a seventh generation lineage in Chinese Medicine.